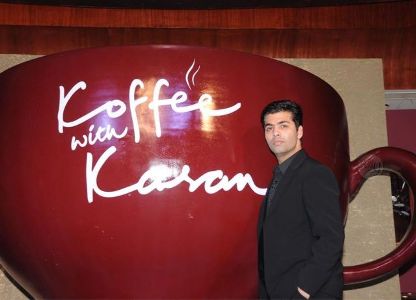 Film maker Karan Johar, who was planning to air the fourth season of his popular talk show ‘Koffee With Karan’, has put the plans on hold. Johar has post poned the show, which was supposed to go on air from the month of June, to summer 2013.

Reports say that the reason behind the delay is his involvement with yet another TV show on a rival channel. The 40 year old had earlier claimed that the 4th season of ‘Koffee With Karan’ will go on air in June 2012.

The film maker even claimed that the show will be telecasted on the 9 pm slot on Sunday after the fifth season of the Indian Premiere League (IPL) concludes. But when the director was contacted recently, he said that the show will air by Summer 2013.

For now Karan is all set to appear as a judge on the popular celebrity dance show ‘Jhalak Dikhhla Jaa’ which will be aired on Colors channel. However, a section of the industry claim that the film maker is running out of celebrities to appear in his show due to which the show has been held up. But one of the close friends of Karan denied the reports the film maker does not have any celebrity crisis.