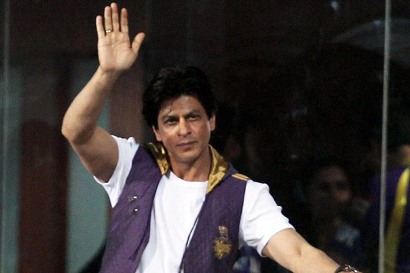 Bollywood actor Shahrukh Khan has found himself in legal trouble after his alleged involvement in the Wankhede Stadium brawl on May 16, during the Indian Premiere League championship. A complaint has been filed against the actor by a private individual, who is a lawyer and an activist.

Indrajeet Singh Bhatia has filed a complaint against the actor under the section 200 of CrPc (Criminal Procedure Code) in the court of Judicial Magistrate Sangeeta Tiwari. The court admitted the complaint and posted the matter to July 9, 2012.

On May 17, 2012 the Mumbai Police registered a complaint against the actor in connection with the fracas with the Mumbai Cricket Association at the Wankhede Stadium. Bhatia has now urged the court to book Shahrukh under sections 294 (obscene acts and songs) , 323 (punishment for voluntarily causing hurt), 353 (assault or criminal force to deter public servant from discharge of his duty) and 499 (defamation) of the Indian Penal Code.

Bhatia also said that the actor is now above the law and moved another application as ‘istgaasa’ (complaint) before the same court under section 156 (liability of agent of owner of occupier for whose benefit riot is committed).