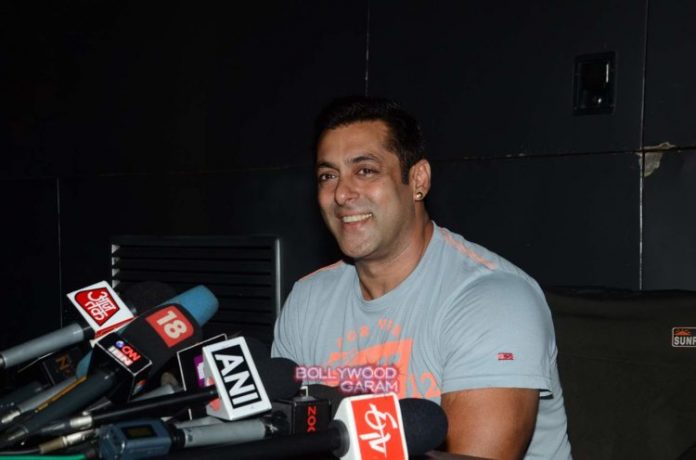 Bollywood superstar Salman Khan’s every move becomes a signature style and the fans are already enjoying his avatar in the movie ‘Bajrangi Bhaijaan’ that hit the theatres on July 17, 2015. Now the star is working on his upcoming movie ‘Prem Ratan Dhan Payo’ in which he will be seen speaking French.
Sources from the production unit revealed that Salman will be seen playing the role of a crowned King and that one of the scenes from the flick has media personnel from all over the world invited to witness the coronation ceremony and here Salman will be seen giving media bytes prominently in French.
A French tutor has been hired to help Salman polish his French skills. Meanwhile, Salman Khan is yet to get over the success of the Kareena Kapoor starrer flick as it has managed to win millions of hearts. People are still flocking to the theatres to catch the movie which is directed by Kabir Khan and produced by Salman and Rockline Venkatesh.
The movie has broken many box office records in India as well as abroad and has become the fastest Hindi movie to reach Rs. 1 billion mark in the domestic box office.