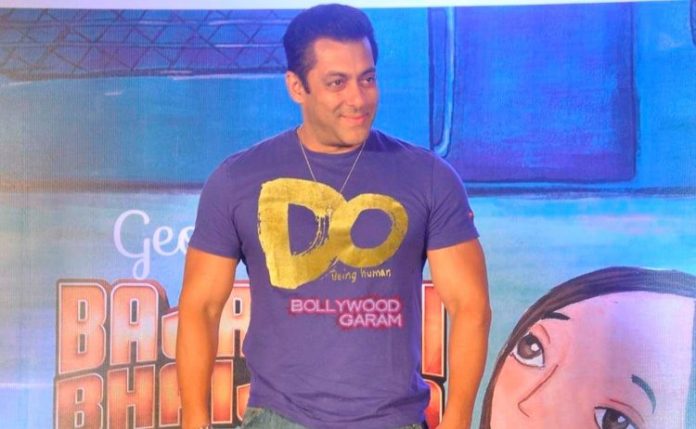 Superstar Salman Khan has turned ‘Bajrangi Bhaijaan’ in real life too. The ‘Dabangg’ actor helped four children, who ran away from home to reunite with their families.
Reports say that the actor with the help of Antara Desai who works with the celebrities with various charitable causes, helped the children to reunite with their families. The reunion of the children with their families took place in Karjat. The children had no idea about what was about to take place after they met Salman.
Antara further revealed that this exercise will continue and some more unions are expected to take place in the upcoming days. Desai added, “Salman will be associated with this for a long time. He will take care of all the expenses involved in this activity. He truly is a real-life Bajrangi Bhaijaan.”
The actor took his Twitter account and shared a picture with his fans. On the work front, the actor is enjoying the super success of the movie ‘Bajrangi Bhaijaan’ which also stars Kareena Kapoor and is directed by Kabir Khan. Khan is now working on his upcoming project ‘Prem Ratan Dhan Payo’ opposite actress Sonam Kapoor. The upcoming movie is directed by Sooraj Barjatya, who is known for making family entertaining flicks.