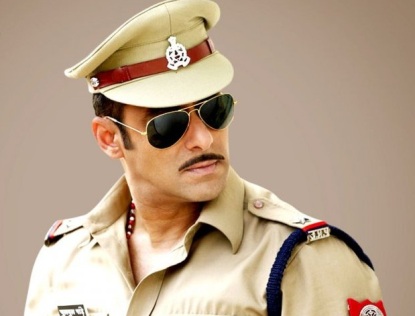 Fire broke out on the sets of the upcoming movie ‘Dabangg 2’, which has left three crew members injured. The movie was being shot at Mehboob Studios where an electric blast injured the crew members.

The lead actor of the movie Salman has brought the injured to Lilavati hospital after the mishap. Salman along with his brother Arbaaz Khan, who is directing the movie are inside the hospital.

Reports said that two out of the three injured are in a critical condition. According to the eye witnesses, Salman drove the injured on his personal motorbike to get them first aid at a nearby hospital.

The lead actor Salman and others are safe. The movie ‘Dabangg 2’ is the sequel to the 2010 blockbuster movie ‘Dabangg’ which had Salman and Sonakshi Sinha in the lead role. Both the lead actors have been retained for the sequel. Before the shooting of the movie began the makers said that it will be bigger than the earlier movie. Salman along with the movie ‘Dabangg 2’ is also shooting for the upcoming movie ‘Ek Tha Tiger’ along with ex flame Katrina Kaif. Both the movies are expected to be major hits and even the audience have high expectations from both the movies.