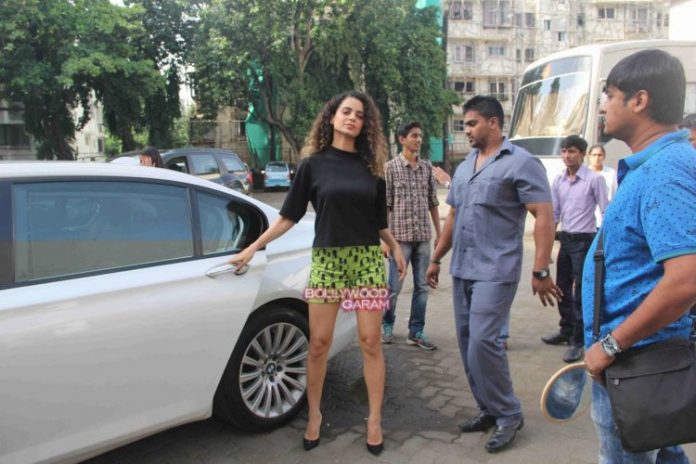 The promotional event was also attended by director Nikhil Advani. The movie is produced by Siddharth Roy Kapur under the banner of UTV Motion Pictures. The makers of the movie released the first look of the flick on June 14, 2015 and is scheduled to hit the theatres on September 18, 2015.

‘Katti Batti’ is an anti-love story in which Imran plays an architect, who is love with Payal, played by Kangana for her attitude towards life.