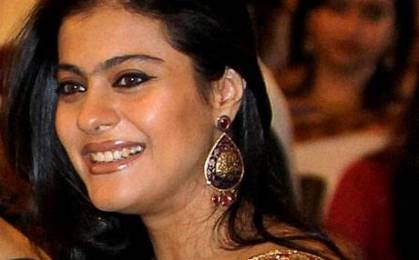 Bollywood actress Kajol in the past has been a part of many of the Karan Johar movies. Now that the actress has taken a break to be a full time domestic engineer and look after her kids Nysa and Yug, Kajol has been asked to do a cameo in the upcoming movie ‘Student Of The Year’.

Sources from the production unit said that Karan has always considered Kajol as his lucky mascot due to which he has asked the mother of two to do a special appearance to which she readily agreed. Johar made his directorial debut with the movie ‘Kuch Kuch Hota Hai’ which had Shahrukh Khan and Kajol in the lead role.

The film maker then continued to release more movies with Kajol like ‘Kabhi Khushi Kabhi Gham’, ‘My Name Is Khan’ and ‘We Are Family’. Moreover, in the other movies like ‘Kal Ho Na Ho’ and ‘Kabhi Alvida Na Kehna’ the actress appeared briefly in a song in both flicks.

Reports say that Kajol has already shot for her scene in ‘Student Of The Year’, but it is still not known if Shahrukh will also be doing a cameo in the movie. ‘Student of The Year’ is a movie of romantic-comedy genre and will be launching new faces like Alia Bhatt, Varun Dhawan and Siddharth Malhotra.