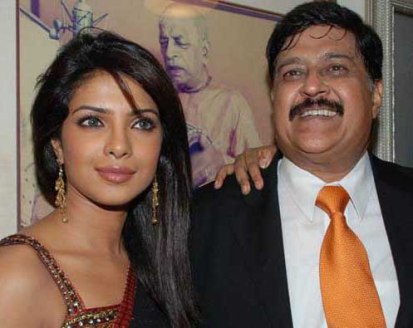 Bollywood actress Priyanka Chopra apart from being a great actress is also known for her closeness with her family. The actress recently skipped the success party of her upcoming movie ‘Barfi’ trailer launch.

The spokesperson of the actress revealed that Chopra rushed to her house when she received a call from her mother about her father’s health. The actress in many interviews ahs also mentioned that her family comes first than her profession. Close friends of the actress reveal that Chopra’s father’s health is not good and might need hospitalization if condition worsens. Priyanka also has a cousin Parineeti who has also entered Bollywood with the movie ‘Ladies Vs Ricky Bahl’.