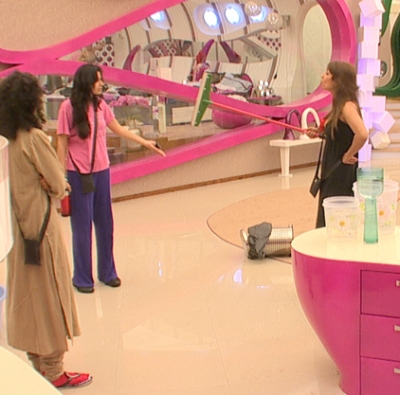 Bollywood Garam: Bollywood actor Akshay Kumar is back with another comedy flick to entertain the audience, and the movie happens to be aptly titled ‘Thank You’. The movie is directed by Aneez Bazmi and is produced jointly by actress Twinkle Khanna and Ronnie Screwvala, and the film makers expect nothing but rave reviews for the star cast.

But the most disappointing part is the same old story of three unfaithful men Raj, Vikram and Yogi who are happily married and cheat on their wives. The husbands think that their wives never get to know that they are womanizers.

But then one fine day, one of the wives Sanjana gets suspicious of her husband and hires a private detective Kishan (Akshay Kumar) to spy on her husband. Kishan on the other hand, is more attracted to Sanjana and tries his best to prove her husband unfaithful by catching him red handed.

The movie is a laugh riot, but it cannot be said if the film would manage to keep the audience intact with the old story. The cast of the movie includes, Suniel Shetty, Celina Jaitley, Bobby Deol, Sonam Kapoor, Irfan Khan, Rimi Sen and Mallika Sherawat. Thank You is all set to release on 8th April and it will be interesting to see the reaction of the audience of the yet another romantic comedy. Pritam Chakraborty has composed the music for the movie, while the lyrics have been written by Ashish Pandit, Amitabh Bhattacharya and Kumaar.

Check out the “Thank you” movie trailer below: