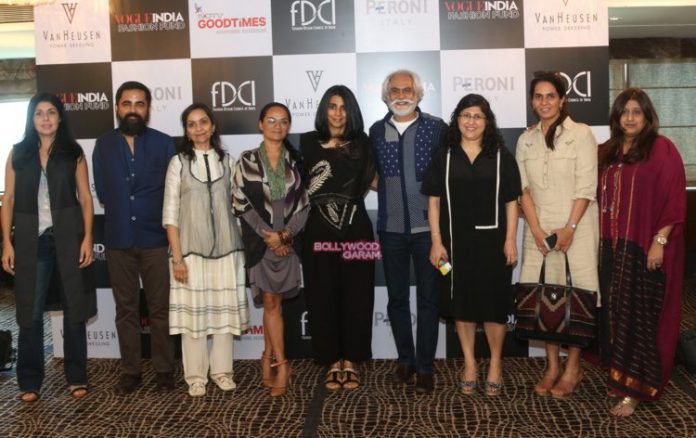 The judging panel at the Vogue India Fashion Fund finished the final round with top eight designers who were selected from the earlier round in Fashion at St. Regis in Mumbai on September 7, 2015.
Under fashion category, designers who were a part of the final round include Pallavi Mohan, Dhruv Kapoor, Anavila Misra, Payal Khandwala, Nimish Shah and the three designers in the accessories category include Kaabia and Sasha, Nitya Arora and Malvika Vaswani.

The Vogue Fashion Fund was launched in India in 2012 in association with the Fashion Design Council of India and is now in the fourth year.

It is a great platform for the upcoming designers as they get a chance to showcase their creative skills to the experts in the industry.