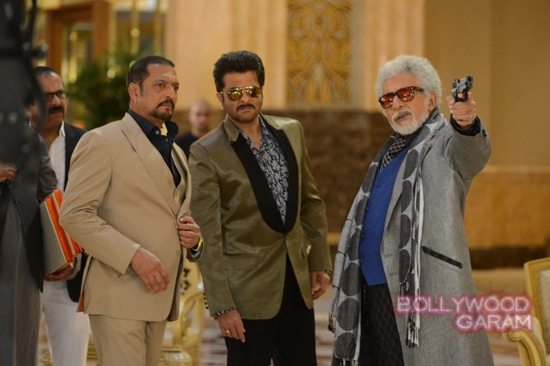 Bollywood comedy flick ‘Welcome Back’ is riding high on success as its mints more money despite being slammed by the critics. The Anees Bazmee movie opened on September 4, 2015 with Rs. 14.35 crores and earned Rs. 17.05 crores and Rs. 19.60 crores on Saturday and Sunday respectively.
Critics wrote that the movie is overcrowded and over stretched with some tasteless music. But despite all the severe criticisms the movie continues to mint money at the box office.
The movie stars John Abraham, Nana Patekar, Anil Kapoor, Dimple Kapadia, Shruti Haasan and Paresh Rawal and is the sequel to the 2007 movie ‘Welcome’ which starred Akshay Kumar and Katrina Kaif.