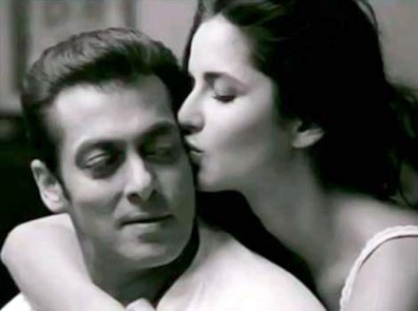 Finally ex-flames Katrina Kaif and Salman Khan have turned good friends and have agreed to do the movie ‘Ek Tha Tiger’ directed by Kabir Khan. The new stills released by the makers have shown that the two also share a great onscreen chemistry.

For Kabir Khan it was a dream cast and he badly wanted the two to come together for the flick. Now that the movie is taking shape, the fans are going crazy over Salman and Katrina’s pairing.

Katrina has earlier done many movies opposite Akshay Kumar and Ranbir Kapoor and many of the movies have went on to become a success. But the pairing with Salman has always caught spark from the audience.

The new stills from the upcoming Kaibr Khan movie have shown the sizzling chemistry between the two. The trailer of the movie which was recently released says, “All his life he fought for his country, this Eid he will fight for his love”. Apart from the high octane action scenes in ‘Ek Tha Tiger’, the makers have also concentrated on the attractive couple. The trailer has shown a few naughty and funny moments between Salman and Katrina which is surely going to catch the attention of the fans of the ‘Dabangg’ actor.