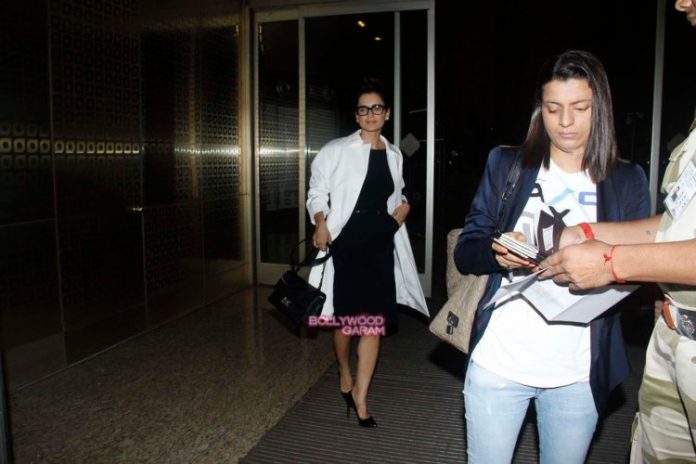 Stylish Kangana Ranaut was snapped at the Mumbai Airport on September 8, 2015. The ‘Gangster’ actress was leaving for Paris for the grand premiere of her movie ‘Queen’.

Ranaut is expected to stun at her red carpet appearance as she will be wearing British haute couture Ralph & Russo’s gown from the fall-winter collection that is yet to be launched. Reports say that the gown will be flown specially for Kangana from London.

Paris also happens to be one of Kangana’s favourite destinations. The actress is looking forward for the release of her upcoming movie ‘Katti Batti’ opposite actor Imran Khan. The movie is all set to hit the theatres on September 18, 2015.