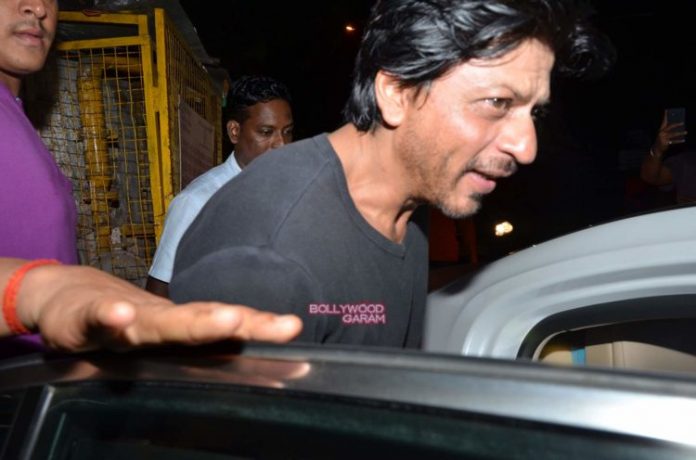 Bollywood superstar Shahrukh Khan was snapped at a popular restaurant with producer friend Karim Morani in Mumbai on September 8, 2015. The actor was seen in a casual black t-shirt and black jeans.

Morani, who is involved in the 2G scam, pleaded the court to go to Iceland and Turkey to shoot for upcoming movie ‘Dilwale’. Shahrukh was in Iceland along with Kajol to shoot for ‘Dilwale’. The actors shot for a romantic number which was choreographed by Farah Khan.

SRK is a busy man as he is working on three different projects. Rohit Shetty’s ‘Dilwale’ is expected to hit the theatres on December 18, 2015.