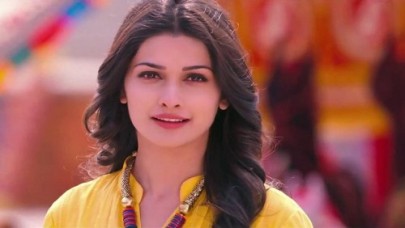 Bollywood actress Prachi Desai is all set to return to big screens with the movie ‘Bol Bachchan’ directed by Rohit Shetty. It has been a long time since the actress was seen on the silver screens and now she has been paired with Abhishek Bachchan.

The pairing might be new and unusual for the audience but Prachi has an interesting role to play the love interest on Abhishek in the movie. The actress is also the sister of Ajay Devgn in ‘Bol Bachchan’.

Prachi was already popular in TV world with her daily soap ‘Kasamh Se’, but her skills actually came out when she appeared in the movie ‘Once Upon A Time In Mumbai’. The actress also won an IIFA Best Supporting Actress Award for the role.

Prachi made her acting debut with the TV series in the year 2006 and also won the second season of the celebrity reality show ‘Jhalak Dikhhala Jaa’. The actress also appeared in the movie ‘Rock On’ in which she played the role of Farhan Akhtar’s wife. In the upcoming movie the actress has the task of convincing her brother Ajay Devgn for her love towards Abhishek, who has been duping him. The role is going to be challenging for the actress as the movie also has Asin as the second lead heroine.