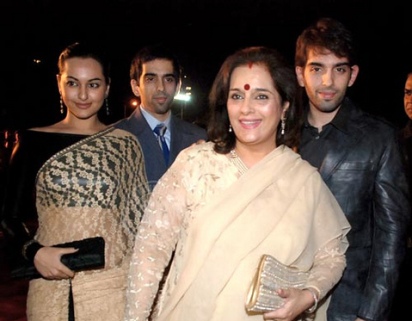 Kush said that it is natural to have siblings in the film. The young and upcoming director while talking to the reporters said, “I believe it is common sense. When I have two actors in my house, why wouldn’t I use them. Most probably the film should go on floors next year”.

Kush in terms of experience has assisted director Sanjay Leela Bhansali for the movie ‘Saawariya’ and has also worked with Abhinav Kashyap on the Salman Khan starrer movie ‘Dabangg’. But Kush refused to reveal more details about his new venture.

The son of politician Poonam Sinha said that it is too early to talk about the project. Kush also said that making movies tales time and it is in the scripting stage at present. On the other hand sister Sonakshi is busy delivering hits and is already working on the upcoming movie ‘Dabangg 2’. Sonakshi will also be appearing in the Shirish Kunder movie ‘Joker’ opposite Akshay Kumar. The actress made her Bollywood debut with the flick ‘Dabangg’ opposite Salman Khan.