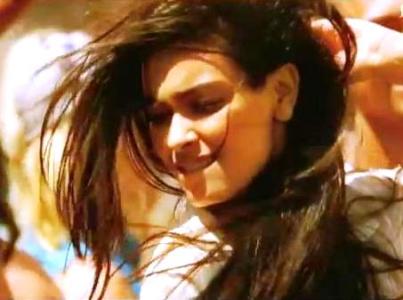 BollywoodGaram.com: Indian model and actress Diana Penty achieved a major milestone in her modelling career  in the year 2009, when she became the official ramp-walker at the New York Fashion week. But now the 26-year-old is all set to make her Bollywood debut with the movie ‘Cocktail’ and has also decided to quit ramp walking.

Diana said, “I want to concentrate completely on films. And now that I am into it (Bollywood) in a big way, it makes sense to focus on it fully”. The Indian model has also been the face of the high fashion website Bluefly and brands like Forever 21 and NordStorm.

Penty added that she wants to do one thing at a time so that she gives it the best shot. The model said that if films are her main focus then hopefully things would workout and it will help her being busy.

The ambitious actress was also asked about her decision if she was offered a lucrative work, to which she said that it depends on the situation and offer but hasn’t really thought of it. The model has also stepped in place of Deepika Padukone as the brand ambassador of Maybelline. Wonder if the two had been in talking terms while on the sets of the shoot.