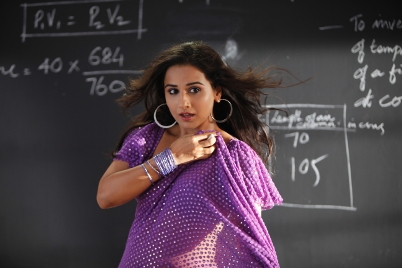 After much controversy, Bollywood flick ‘The Dirty Picture’ has been cleared to be viewed on television on the prime time slot. But the clearance has come after several additional cuts from the Vidya Balan starrer movie.

The movie was earlier supposed to be aired in the month of April on Sony TV. But the broadcast was stopped in a very short notice and despite the fact that movie had secured the U/A certificate from the Censor Board after deleting a few parts.

But now the channel has been granted permission to air the flick after additional unsuitable content was deleted from the movie. Sources familiar with the matter revealed that the film producers voluntarily agreed to delete additional three minutes and ten seconds under the rule 33 of the Cinematography Act.

The latest voluntary deletions are in addition to the 56 cuts which were earlier made in the film , when it was given a U/A rating by the Censor Board earlier this year. The officials said that the makers of the film can re-submit their films for certification after making changes in the film. The I&B Ministry had stopped the telecast of the flick after an order on April 19, 2012 of the Lucknow Bench of Allahabad Court had asked the ministry to ensure that the telecast did not violate guidelines.