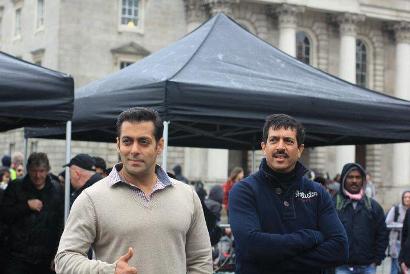 After the cable operators in Pakistan have restricted the broadcast of the ‘Ek Tha Tiger’ promos, Director Kabir Khan has once again clarified that the film is not anti-Pakistan. Khan Tweeted, ‘I will say it once more… #EkThaTiger is NOT anti Pakistan”.

Kabir confidently said that once the Censor Board watches the flick they would be more than happy to show it in Pakistan. The director also assured the fans of Salman Khan in Pamkistan that the movie will be released in their country also. Khan also said that in this age, it is stupid to make films insensitive or derogatory to any country or community.