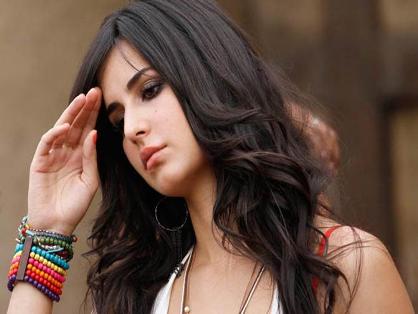 BollywoodGaram.com: Katrina Kaif made it to the film industry with the not so popular flick ‘Boom’, but then catapulted in to Bollywood with several hits. The actress, who is now considered among the best actresses in the industry, is celebrating her 28th birthday on July 16, 2012.

Kaif has also become one of the busiest celebrities and has lined up three movies with the three Khans – Salman, Aamir and Shahrukh. The actress has also been voted as the sexiest woman in the world by FHM magazine for the fourth time in the row. Moreover in the year 2009, 2009 and 2010 the actress was also considered as the most googled celebrities.

Katrina Kaif’s photos through the years:

Katrina Kaif and Salman Khan are believed to have been in a relationship which was the focus of media attention.

After making it big in Bollywood, Kaif has been the face of several brands in India including Pantene, Lux, Slice, Veet etc.

Katrina Kaif as a little girl.