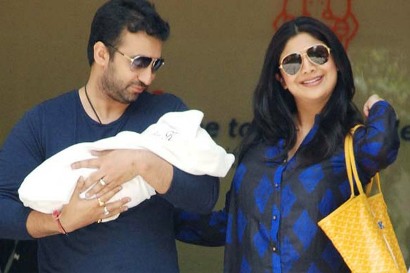 Bollywood actress Shilpa Shetty was last seen in the movie ‘Dostana’ in the song ‘Shut up and Bounce’. Since then the actress has been away from the lime light and became busy enjoying her pregnancy days and motherhood.

But now Shetty is all set to return in front of the cameras for her husband Raj Kundra and friend Sanjay Dutt’s new reality show Super Fight league. The actress even shot for a promo just 50 days after she gave birth to her son Viaan. Shilpa during her pregnancy gained about 19 kgs weight but has managed to lose ten kgs and is close to what she was before.