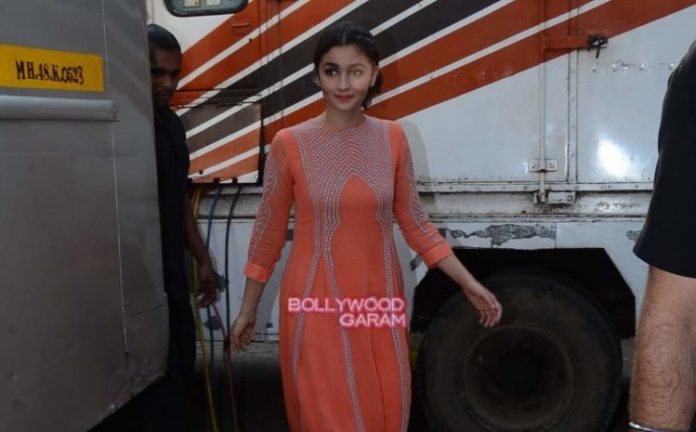 Bollywood actors Alia Bhatt and Shahid Kapoor were snapped at Mehboob Studios in Mumbai on October 13, 2015. The actors are these days busy in the promotions of their upcoming movie ‘Shaandaar’ which is all set to hit the theatres on October 22, 2015.

Alia for a change was seen in a salwar kameez and then changed to a white skirt with a matching crop top. The movie also stars Pankaj Kapur, Sanjay Kapoor, Sanah Kapoor and Sushma Sen.

The makers of the movie released the trailer on August 11, 2015.