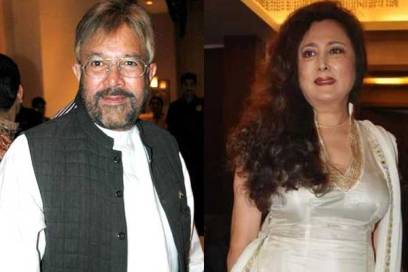 After the death of the veteran actor Rajesh Khanna, there were talks about converting the actor’s palatial Carter Road Residence in to a museum. But Rajesh’s live-in partner Anita Advani has sent a legal notice to the family members of the actor to prevent her eviction from the house.

Advani had been staying with the actor in the house since last eight years. She has sent a legal notice under the Domestic Violence Act. Section 19 of the act bars the family from dispossessing or in any other manner disturbing the possession of the aggrieved person from the shared household.

Some of the close friends of the Khanna family said that for the last one month the family has been trying to oust Advani from the house. Anita claims that she has been living with Rajesh for the past eight years and this was why she sent the notice.

Advani who has been the lady love of the veteran actor shares cold vibes with the family for obvious reasons. Even during the funeral procession, Advani attempted to climb the vehicle carrying Rajesh’s body, but son-in-law Akshay Kumar was spotted Anita and asked her to get off as the vehicle was only for the family members.