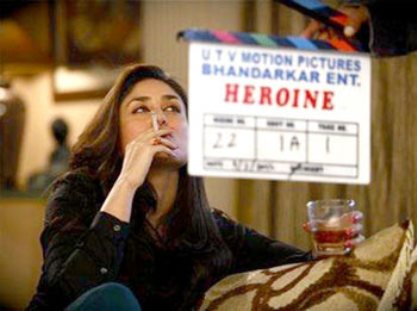 Upcoming movie ‘Heroine’ is one of those most awaited movies of the year 2012. But people who are expecting to see Kareena Kapoor smoking in the movie, the scene has been censored before being cleared.

In the movie all the scenes in which the actress will be seen blowing smokes in the air will be blurred out. The Censor Board of Film Certification has said that all the smoking scenes in the feature films will be blurred. Even for the trailers the smoking scene stands banned. Kareena in the movie will be seen playing the role of a super star. The movie is said to be Madhur’s most awaited movie.