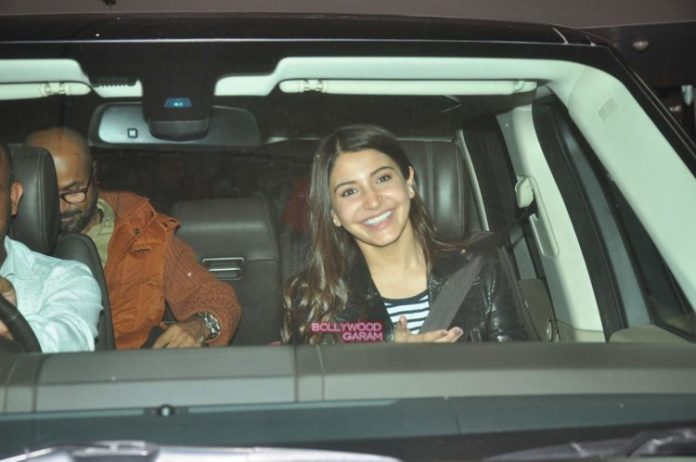 Indian actors Anushka Sharma and Aditya Kapur were snapped at the airport in Mumbai on October 15, 2015. Sharma was so far busy with the shoot of the upcoming movie ‘Ae Dil Hai Mushkil’ in London and has now returned to Mumbai.

The actress was seen shunting between various locations including Vienna and Austria. Anushka sported a casual attire for the airport and interacted with the media.

Aditya too was seen smiling for the shutterbugs at the airport.