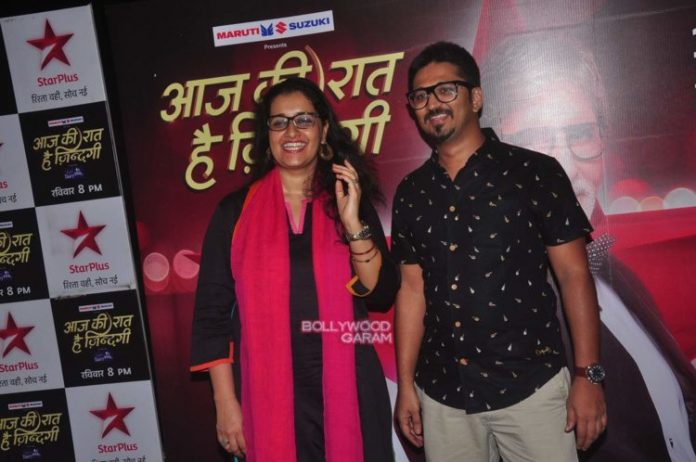 Indian music composers Amit Trivedi and Kausar Muni promoted their TV show ‘Aaj Ki Raat Hai Zindagi’ at a press event held in Mumbai on October 19, 2015. The composers have joined hands with Bollywood megastar Amitabh Bachchan to write lyrics for a number of upcoming series. The superstar has also lent his voice to add some spice to the song.

Munir is one of the noted music composers in Bollywood and are known for their work in the movies like ‘Youngistan’, ‘Ishaqzaade’, ‘Tashan’ and the most recent Salman Khan starrer flick ‘Bajrangi Bhaijaan’.