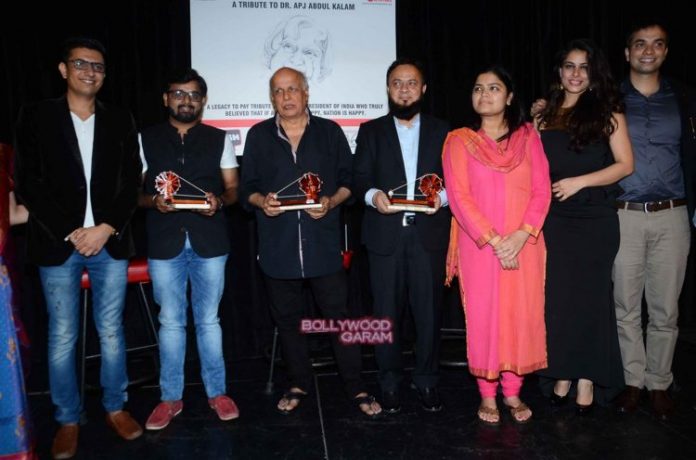 Bollywood filmmaker Mahesh Bhatt was present at the event that paid tribute to the late former president APJ Abdul Kalam at an event on October 15, 2015. Bhatt at the event interacted with the media and supported the noted literary personalities who are returning their awards in protest against the rising incidences of intolerance in the country in recent times.

Bhatt said, “It is understandable that there is a sizeable lot which feels that they have reasons to express their protest – through the gesture of returning these awards. And I completely endorse and support their view”.

A number of writers from various regions will be returning their awards.