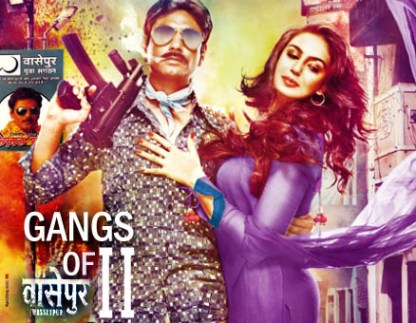 The second part of the movie ‘Gangs of Wasseypur’ has been released on August 8, 2012 which has been produced and directed by Anurag Kashyap. After giving a brilliant conclusion to the first part the film maker has increased the curiosity of the audience with the second part.

The part two of ‘Gang Of Wasseypur’ is pure adult crime thriller due to which the censor board has given an ‘A’ certificate. The audience has to be prepared for plenty brutal killings, filthy languages, drugs smuggling and series of bomb blasts. The audience has to watch the first part so that they can understand the second part. The second portion of the movie begins right from the end of ‘Gangs Of Wasseypur’.