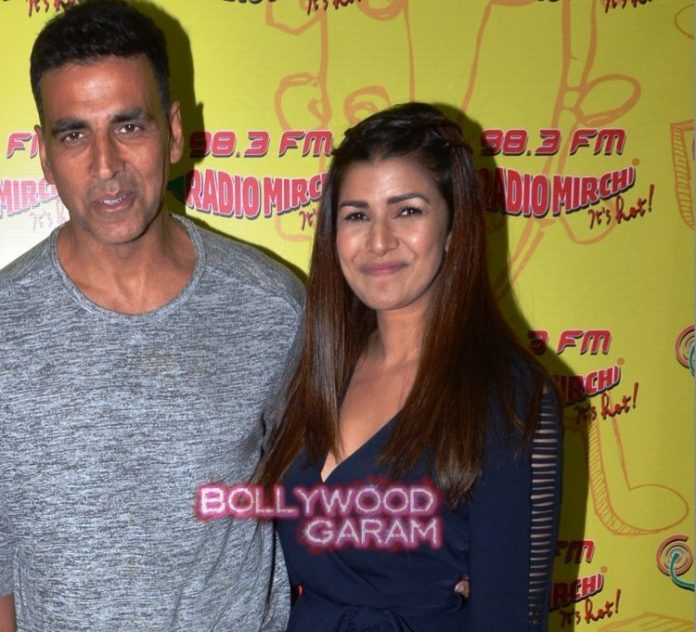 Akshay Kumar and Nimrat Kaur promoted their upcoming movie ‘Airlift’ at Radio Mirchi Officeearly morning at 7:30 am in Mumbai on December 19, 2015. Akshay looked cool in casuals while Nimrat looked trendy in a black jumpsuit by Zara.

Airlift is an upcoming movie directed by Raja Krishna Menon and stars Akshay and Nimrat in lead roles. The movie is all set to hit the theatres on January 22, 2016.

‘Airlift’ is based on the evacuations of Indians based in Kuwait during the Iraq and Kuwait war.