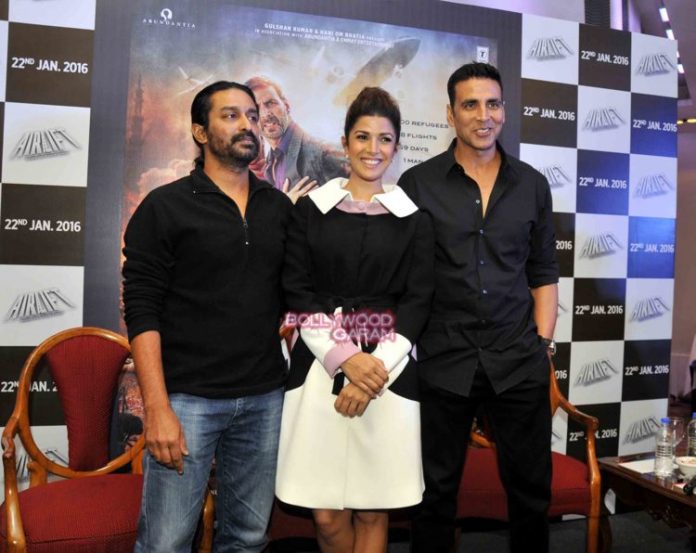 Bollywood stars Akshay Kumar and Nimrat Kaur promoted their movie ‘Airlift’ at a press conference in New Delhi on January 18, 2016. Nimrat looked pretty in a black and white outfit while Akshay looked trendy in a casual shirt and trouser.

The movie is directed by Raja Menon and is all set to hit the theatres on January 22, 2016.

Akshay and Nimrat have been showing off their great chemistry at the promotions which is expected to be seen on the silver screens.