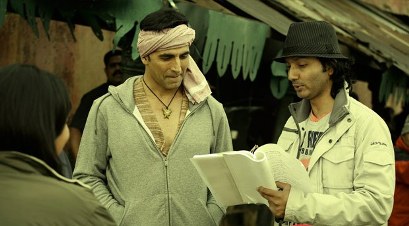 While film maker Shirish Kunder is preparing for the upcoming release of the movie ‘Joker’, it has been known the film maker is narrating his adventure film in just 105 minutes. Kunder while talking to the reporters revealed about the running time.

Shirish said, “All action-packed big Hollywood family entertainers that kids from the world over have loved, like ‘Spiderman’ and ‘Transformers’ have a run time of approximately 90 mins.” The film maker added that Joker is about an hour and 45 minutes long and it still has all the ingredients one needs to enjoy a pure family entertainer. Kunder also said that it is a family entertainer and everyone from kids to adults can enjoy the flick.