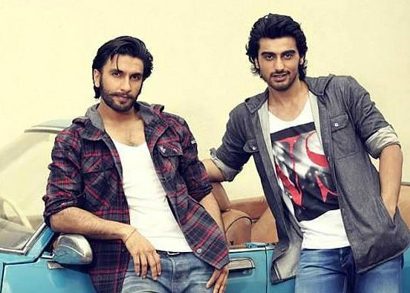 Bollywood actors Ranveer Singh and Arjun Kapoor are all set to team up for the upcoming Yash Raj movie which is titled ‘Gunday’. The two in the movie will be seen playing the role of thieves and will be directed by Ali Abbas Zafaar of ‘Mere Brother Ki Dulhan’ fame.

The film is produced by Aditya Chopra and will have Ranveer Singh and Arjun Kapoor. A press release from Yash Raj Film said that the story of the flick is about the most turbulent times in the history of Kolkata which was then Calcutta from 1971 to 1988.

The two thieves Bikram and Bala rose from being small time wagon breakers and coal thieves to becoming the biggest and most powerful black marketing mafia men. The two are a rare combination of vigour and wit while the two were inseparable and the whole city of Kolkata knew about their friendship.

The Gunday release added, that the people of the sprawling city started calling the two carefree rebels. Incidentally Ranveer and Arjun started their career in Bollywood with YRF movies with ‘Band Baaja Baraat’ and ‘Ishaqzaade’ respectively. Moreover both the movies did quite well at the box office. The movie will be the third film for Ranveer as well as Arjun.