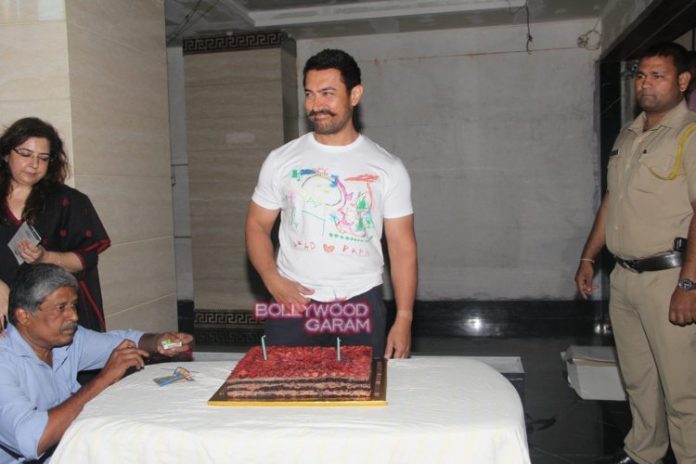 Bollywood star Aamir Khan celebrated his 51st birthday with the media at his residence in Mumbai on March 14, 2016. The actor cut a cake and thanked everyone for the wishes.

Aamir also interacted with the media and talked about his upcoming projects which includes ‘Dangal’ in which he will be seen playing the role of a wrestler. The actor was last seen in the movie ‘PK’.