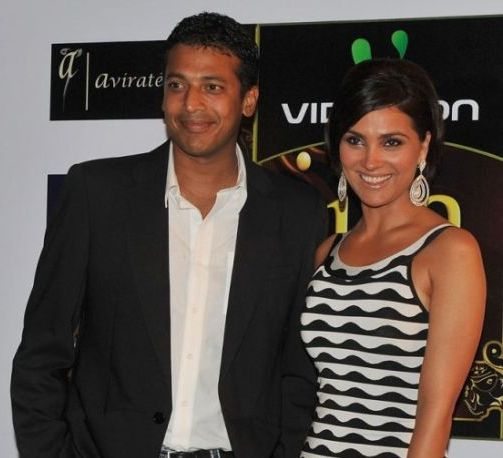 Love is in the air for Bollywood actress Lara Dutta, and she reportedly confessed her love for her tennis star fiancée Mahesh Bhupati, in an interview in the December issue of the Indian edition of People magazine.

“We are really happy together,” says Lara, who is glowing apparently nowadays. And every one in the film industry knows where the glow comes from – her new found love in Mahesh.

While speaking about her much-talked about engagement ceremony Lara says, “I think that my parents saw it coming more than I did. They really like Mahesh a lot”.  And the best part is that both the families are Bangalore-bound. Confirming this Lara said, “Our families have become pretty close because everyone is in Bangalore.” Lara is also happy as her Yoga video DVD is all set to hit the market.

Many questions were asked about Mahesh’s past, as everyone knows that he was married at the time he began dating the former Miss Universe Lara Dutta. But Lara refused to comment anything on his past or hers for that matter. (She was dating model Kelly Dorjee for around 7 years before they called it quits).

However Lara said that, they are yet to decide on the marriage dates and would let everyone know once they have decided.