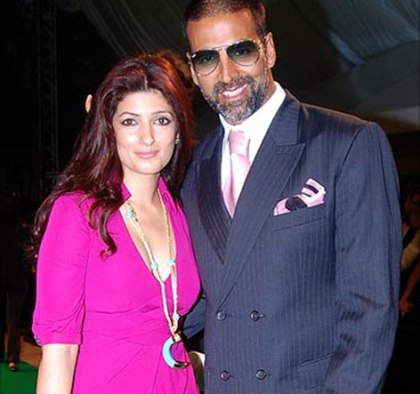 Bollywood couple Akshay Kumar and Twinkle Khanna on September 25, 2012 once again became proud parents to a baby girl. If recent reports are to be believed, the couple has already named the new family member.

The ‘Khiladi’ actor decided that his daughter will have the maternal surname ‘Khanna’ and has been named ‘Nitara Khanna Bhatia’. A close family friend of the couple mentioned that the proud parents had jointly thought of the name.

Twinkle and Akshay wanted their daughter to have a unique, yet meaningful name. Nitara is a Sanskrit word which means ‘having deep roots’. The Bollywood couple had shortlisted a couple of other names too, but both were equally excited about Nitara and agreed upon it instantly.

After the death of the veteran actor Rajesh Khanna, Akshay was determined that his daughter will have Khanna as her second name followed by his original family name Bhatia. It was Akshay’s way of paying respect to Rajesh Khanna, whom he was very fond of. Twinkle and Akshay already have a ten year old son Aarav, who is also equally excited about his new baby sister. Akshay is expected to make an official announcement about the baby but does not want any drama surrounding his daughter.