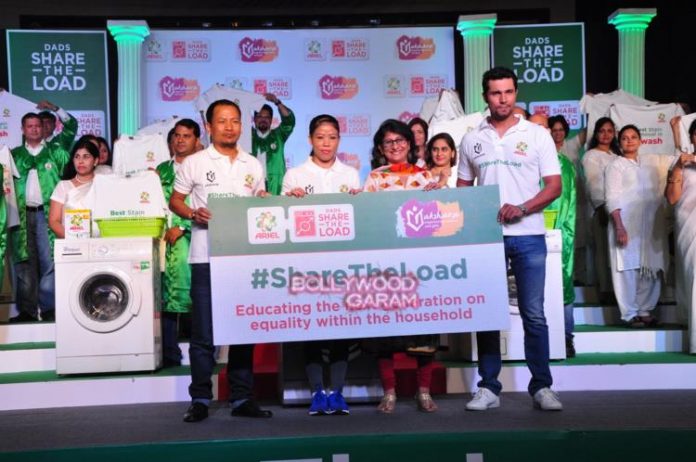 Actor Randeep Hooda and boxing champion Mary Kom were snapped promoting a washing powder brand at an event in Mumbai on June 16, 2016. Mary was accompanied by her husband K Onler Kom.

Randeep was last seen in the movie ‘Do Lafzon Ki Kahani’ and is currently looking forward for the release of his movie ‘Sultan’ in which he will be seen playing the role of Salman Khan’s coach.

Hooda was applauded for his role that he played in the movie ‘Sarabjit’.