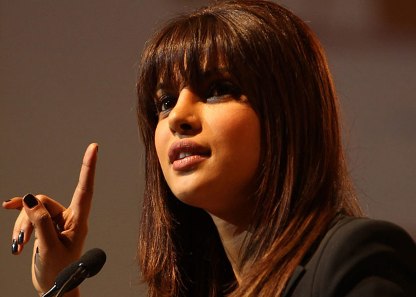 Stars who normally walk the ramp for designers, charge approximately Rs. 30 lakh; but Priyanka, who is enjoying heightened success of late, with her debut music album and successful movies, has a different opinion.

The ‘Don’ actress has ventured out into the music world with her single ‘In My City’, and last week was supposed to be the showstopper for a fashion event in Delhi. When the organizers of the show went to meet her, the actress demanded a whopping Rs. 1 crore for the job.

According to the organizers, as Priyanka was the brand ambassador of the event, it was a logical decision to approach her to be the showstopper for the evening. However, when Priyanka quoted the hefty amount, they were taken aback. Moreover,Chopra’s price tag would be more than what the shows’ designer could afford.

The ‘Barfi’ actress began her career as a ramp model, but Bollywood success has now allowed her demand fees that most designers would be reluctant to pay.