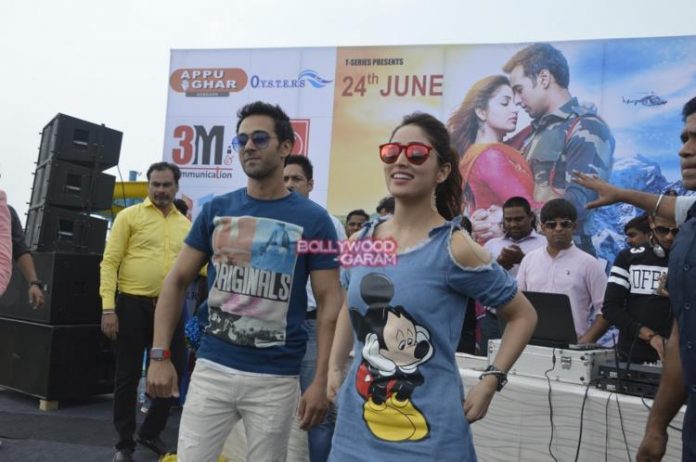 Actors Pulkit Samrat and Yami Gautam promoted their upcoming movie ‘Junooniyat’ at a press meet held at Appu Ghaar in Delhi on June 22, 2016. Yami looked pretty in a little denim outfit while Pulkit appeared in a casual t-shirt and trousers.

The lead actors showed off their great chemistry that they will be showing off in the upcoming movie ‘Junooniyat’. The movie is directed by Vivek Agnihotri and produced by Bhushan Kumar.