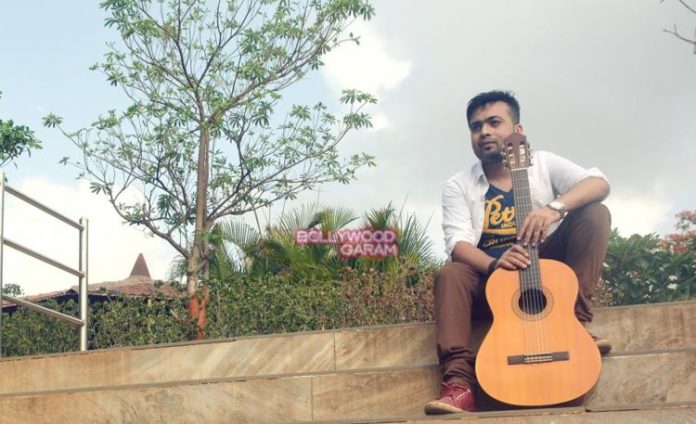 Young Bollywood composer Sugat Dhanvijay has ringed in to Bollywood music with his debut compositions for the movie ‘7 Hours to Go’. Sugat hails from Nagpur and has started off by composing three songs ‘Tere Naina’, ‘Zinda Hota Main’ and ‘Zinda Hota Main (reprise)’ along with co-composer Shubham.

Dhanvijay started off as an engineer but found passion in music that led him to the Saurabh Varma movie, which has Sandeepa Dhar and Shiv Pandit in lead roles. The young lad not just composes but has also penned down the lyrics for his songs along with lyricist Shraddha Bhilave. The songs have been sung by Bollywood singers Sarodee Borah, Nikhil D’Souza, Mohammed Irrfan and Jubin Nautiyal. The track ‘Tere Naina’ is a soft romantic track and has already become popular among the audience.

Sugat has a couple of future projects in hand including the movie ‘Meeradha’ which is currently under pre-production stage. Bollywood singer Raja Hasan has lent his voice for the songs from the flick. The composer has said that he is looking forward for more hard work in future through his compositions.

The movie ‘7 Hours to Go’ is directed by Saurabh Varma of ‘Micky Virus’ fame and produced Nitika Thakur under the banner of Krian Pictures. The Shiv Pandit and Sandeepa Dhar starrer movie has hit the theatres on June 24, 2016 and is running successfully all over.