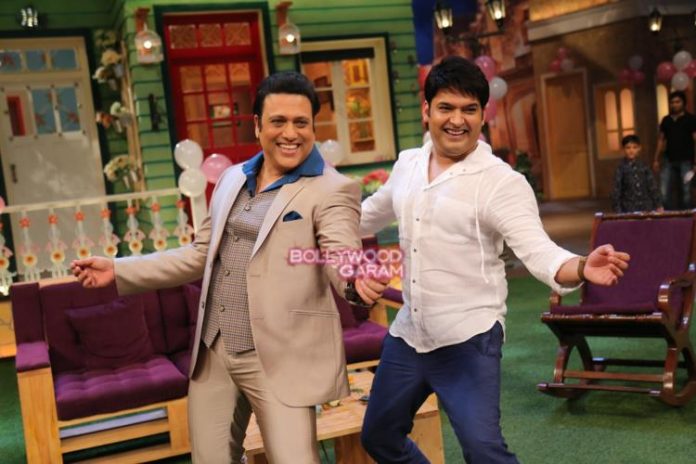 Bollywood star Govinda, appeared on The Kapil Sharma Show along with wife Sunita in Mumbai on June 23, 2016. The actor appeared on the show to promote his upcoming movie ‘Jagga Jasoos’ starring Ranbir Kapoor and Katrina Kaif.

Going by the pictures, it can be seen that Govinda had a great time with the characters and the host of the show Kapil Sharma. The movie ‘Jagga Jasoos’ is directed by Anurag Basu and produced by Anurag and Ranbir Kapoor.

The movie is due to hit the theatres in August 2016.