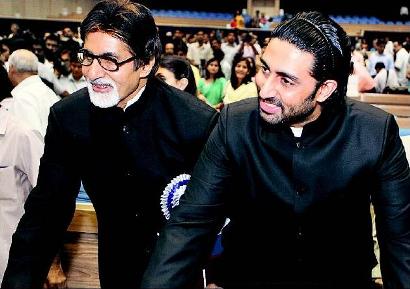 Bollywood star Abhishek Bachchan has tasted success in the recently released movie ‘Bol Bachchan’, but his father Amitabh Bachchan still seems to be worried about his career. Big B feels that his son has not yet got his due yet as an actor in Bollywood.

While talking to a leading daily newspaper, the ‘Sholay’ actor said that it hurts to see his child suffering through bad times. Amitabh also said that as an actor he feels bad for Abhishek and that, at times when he is a very good actor, he does not seem to be getting his due in the Indian film industry.

The ‘Paa’ actor also stated that he has never discussed work with his son, but has always given him suggestions and guidance in making his way through Bollywood.