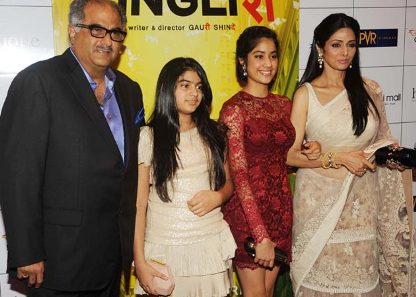 It appears that the confectionery business in India is going to boom in the near future following movies such as ‘Barfi’ and now ‘Laddoos’ for the Sridevi movie, which is based on a housewife struggling for attention. A few weeks back the popularity of the movie ‘Barfi’ had made the sweet ‘barfi’ popular in India.

Sridevi, in the movie, specialises in making laddoos, which she makes for family, friends, weddings and many other occasions. For the premiere, the laddoos were ordered from a popular confectionery, Tiwari’s in Mumbai. The organizers at the premiere ensured that everyone left the movie with a box of sweets.

Even during the shoot of the movie, there were so many laddoos on the sets that everyone got addicted to the sweet. R. Balki, who produced the flick said, “We are all hopelessly addicted to laddoos. During shooting there was just no getting away from it. We all ended up popping the sinfully rich stuff left right and centre. We will now have to collectively enter a laddoo rehabilitation centre.” The celebrities who turned up for the premiere included, Vidya Balan, Bipasha Basu and Kangana Ranaut.