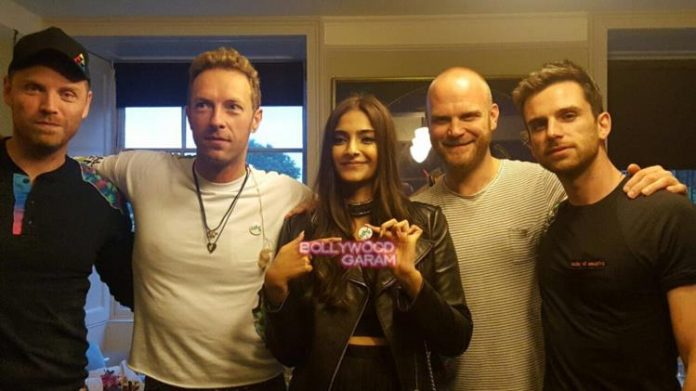 Bollywood actress Sonam Kapoor had a great time as she attended the Coldplay concert held in London on June 30, 2016. The actress posted several videos from the concert and made sure that she had a great time.
Kapoor said, “The concert was epic with a great vibe. They played my all-time favourite track “Paradise“ too. I went with my London girl gang, we were singing and dancing all through it.” The actress wore a black crop top, leather jacket and skinny jeans with boots.
Sonam has also appeared on Coldplay’s music video titled ‘Hymn For The Weekend’ that was shot in India.