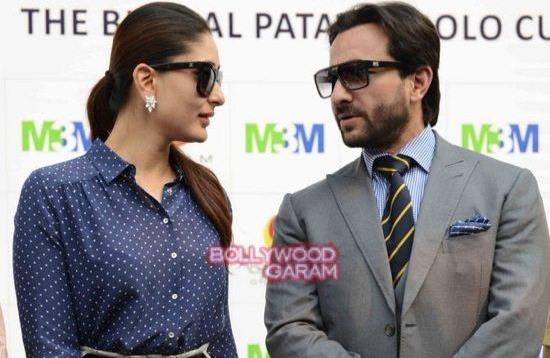 Bollywood actress Kareena Kapoor and husband Saif Ali Khan are expecting their first child. The ‘Dil Chahta Hai’ star recently announced and confirmed Kareena Kapoor’s pregnancy. The actor added that she is due to deliver in December 2016.
The news comes as a confirmation after several reports that stated that Kareena was expecting. Kapoor’s pregnancy is likely to coincide with the character that she plays in upcoming movie ‘Veere Di Wedding’ in which she has to play the role of an expecting woman. Close friends of the actress said that Kareena will work till October after which she will go on a maternity break.
Kareena will resume work three months after she delivers the baby. The actress is reportedly taking utmost care and is constantly in touch with her doctor. The entire Kapoor and Khan family is excited over the news about the new bundle of joy expected this year.
On the work front, the actress was last seen in the movie ‘Udta Punjab’. The actress was also seen in the movie ‘Ki and Ka’ opposite actor Arjun Kapoor. Kareena got married to Saif in an intimate wedding ceremony in Mumbai on October 16, 2012.