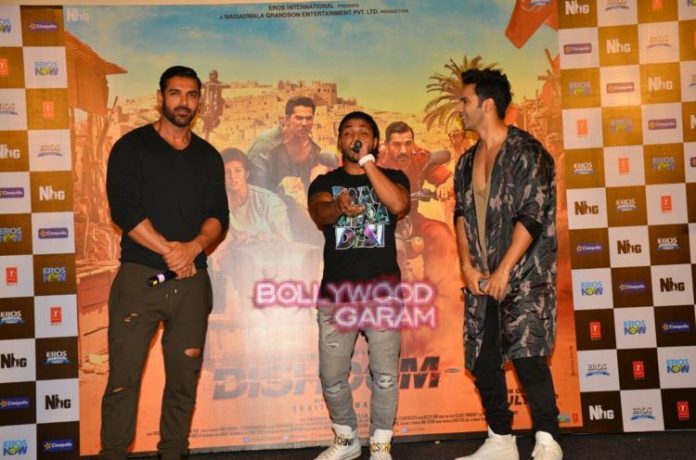 Bollywood heartthrobs Varun Dhawan and John Abraham promoted their upcoming movie ‘Dishoom’ at Cinepolis Fun Cinemas in Mumbai on July 2, 2016. The makers of the movie are making sure to promote the movie on every possible platform.

The stars were seen interacting with the fans and also clicked selfies with them. The movie also stars Jacqueline Fernandes and Akshay Khanna.

Reports say that Akshay Kumar and Nargis Fakhri will be seen playing cameos in the movie which is all set to hit the theatres on July 29, 2016.