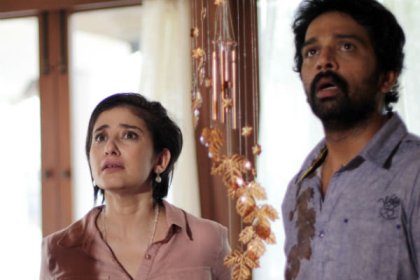 Actor Ajay Devgn has been one of the biggest names in Bollywood in recent years; whether it is action or comedy, Devgn has always proved his versatility in every genre. After working in the remake of SS Rajamouli’s Telugu movie ‘Maryada Ramanna’, which is known as ‘Son Of Sardar’ in Hindi, the actor says that he is confident that he can now also act in South Indian movies.

When asked if he would work on a South Indian project, the actor said that he is not familiar with the language, and that it will take a lot of time; but he would definitely like to try his hand at it. Ajay has recently lent his voice for the opening sequence of the movie ‘Makkhi’.