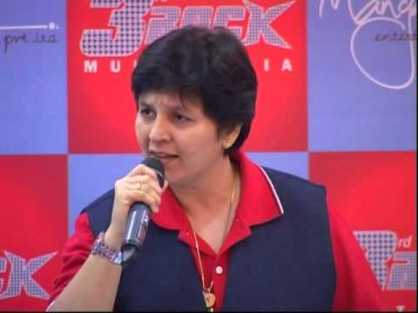 It has been quite a while since anyone has heard from singer Falguni Pathak, except during the ‘Dandiya’ nights. Pathak will soon be seen playing a part of reality show ‘Kaun Banega Crorepati’.

The singer’s presence on the much watched show will definitely be music to the ears of all Falguni fans. The singer has been considered as the queen of entertainment and is one of the biggest names, when it comes to the celebration of Navratri and Dandiya. In the past, the singer has churned out chat toppers such as ‘Meri Chunar Ud Ud Jaye’, ‘Maine Payal Hai Chankayi’, ‘Aaiyo Rama Hath’ and ‘Chudi Jo Khanke’. Falguni will be seen in the hot seat for the Navratri special episode.