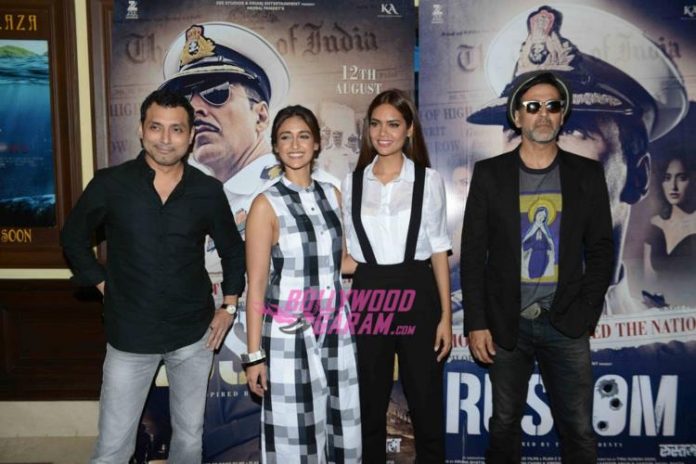 Akshay Kumar has never disappointed his fans when he plays a cop. This time the ‘Khiladi’ star has played the role of a suave naval officer.
The story is based on the real life incident of Naval officer K.M. Nanavati and businessman Prem Ahuja. Rustom, kills businessman Vikram Makhija played by Arjan, when he finds out that his wife Cynthiya played by Ileana turns unfaithful and falls for Makhija. The Parsi Naval officer surrenders to the police with honesty and confesses his crime, but there are still many unspoken things that unwinds itself as Rustom decides to fight for his case himself.
The best thing about the movie is that it has managed to maintain a suspense despite the fact that everything was clear as glass. Akshay as a naval officer looks irresistible while Ileana as a Parsi wife couldn’t had looked prettier. Esha, who played the role of Vikram Makhija’s sister did justice to her role. It can be said that all the characters in the story were well processed and executed. The only thing missing was a little lightness or some romance which might have completed the movie.
But still ‘Rustom’ is a great package and is a must watch for all Akshay Kumar and Ileana fans.