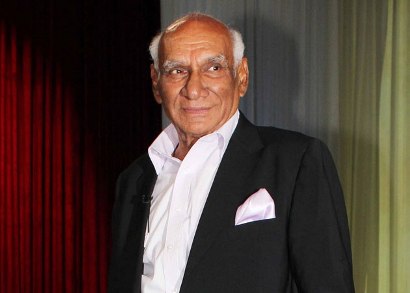 The spokesperson revealed that he has been kept under observation and is feeling much better now. Sources from the hospital revealed that the film maker who directed ‘Veer Zaara’ was feeling extremely weak before he was admitted.

According to reports, Chopra is in the ICU on the sixth floor of the hospital, and is expected to be shifted to the eleventh floor as he is responding well to treatment. The film maker has been busy shooting his movie ‘Jab Tak Hain Jaan’ with Shahrukh Khan, Katrina Kaif and Anushka Chopra for the past few months. The movie is scheduled to be released on November 13, 2012.

This movie will mark the return of the film maker to direction after eight years. This will also be the second movie to feature Shahrukh Khan and Anushka Sharma after ‘Rab Ne Bana Di Jodi’. The background music for the movie has been written by A R Rahman and the lyrics have been penned down by Gulzaar.