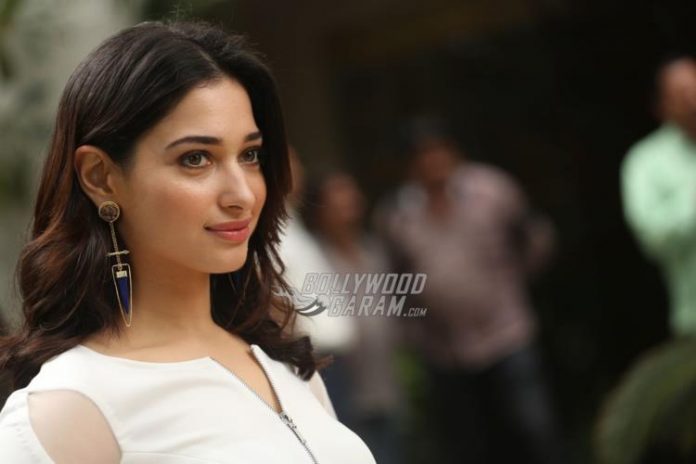 The actress finished her looked with Shillpa Puri earrings. The movie ‘Tutak Tutak Tutiya’ is an upcoming horror comedy and is co-written and directed by A.L. Vijay.

‘Tutak Tutak Tutiya’ features Prabhu Deva, Sonu Sood and Tamannaah and is all set to hit the theatres on October 7, 2016.